“I know, Mom. But I couldn’t take it anymore. Brad had it coming, constantly taunting me. He needed to know who really has the power.”

“You set his hair on fire!”

Katie bowed her head. She wasn’t sorry but she tried to look it.

“I get called out of work so often the girls in the office think I’m unreliable.”

Kaitie’s hands began to smolder. She hated having to hide who she was.

“Go take a cold shower,” her mother’s gaze falling on Kaitie’s hands, “cool those hands down a few degrees.”

This story was in response to Micro Bookends 1.39. Our Bookends were SIX and DEGREES.

This story was a continuation of Brother Knows Best. Click here to read it.

This story got an Honorable Mention over at The Angry Hourglass. The picture below was our inspiration. Scroll to the bottom to see what our judge, Brian S Creek, had to say.

I feel trapped in a box here. I don’t know who I am or who I want to be. I need some time away. So, I’ve joined a carnival to be the Tea Cup Ride attendant. I know what you’re thinking. “How can you find yourself, chained to a ride in the hot sun?” But I need a change of scenery. I’ve told you I want to travel. Twelve cities in three months! I need variety and this town, population 1200, just isn’t cutting it. I will be back in time for school. That is unless I meet a cute guy and elope.

Chill Mom, that was a joke.

See you in September.

Judges thoughts: “Caitlin played with the format and only used one third of the allowed word count but it all works brilliantly. My favourite thing was the outside-the-box take on the prompt, using the cup to represent the carnival ride.”

The sky is open

Can you feel the calling wind

This Tanka is in response to Heeding Haiku With HA: In Flight.

This story earned a special mention “For use of dialogue to tell an amusing story”  in Flash! Friday 3-29.  I am pretty excited that my story got any mention at all, as Flash! Friday is a very popular contest with SO many amazing entries. A BIG THANKS goes out to the wonderful judges over at Luminous Creatures Press!

The prompt for this challenge was to use the photo prompt as inspiration as well as include a main character that is a writer.

“What is that thing?”

“I’m not sure,” Robbie panted, his plump stomach in knots. He glanced back, they had a small lead on the hideous beast.

“They don’t,” Robbie huffed, chubby fingers pushing up his glasses, “at least not in real life.”

“This is real life. Explain that.” Mike was a few feet ahead, holding back as to not lose Robbie.

“Well,” Robbie gasped for breath, lungs burning, ” I think… I created it.”

“You know that story I wrote last night?”

“It was about a beast with three heads, eyes like molten lava, big cavernous nostrils. Sound familiar?” Robbie stopped short, hands on his knees, gasping for air. Mike stopped and doubled back.

“You’re telling me that you somehow made it come alive?”

“Well… yeah. It’s sorta happened before, just never with something so obvious.” Their heads jerked back as a shrill screech filled the halls.

“It sees us!” Mike pulled Robbie up forcing him to run once more. “If we can get around that corner we might lose it again. What happens in your story?”

“Well,” Robbie hesitated as they turned the corner. A wall. “he chased his prey to a dead end…”

Click here to read the second installment in Robbie and Mike’s adventure.

Kaitie tried to keep her burning fury in check.

“I think that’s what I’ll call you. Hey everybody, look at Bigfoot!”

Katie raised her shaky hands, anger bursting from her eyes. She couldn’t let them see. It would raise too many questions.

James once told her when she got angry to think of water. She never took it to heart though.

Ah forget it. Kaitie lifted up her hands and let the flames fly over Brad’s head. He screamed and ran. Then she noticed the phone pointed in her direction.

Crap. Should’ve listed to my brother.

This story was Submitted to Micro Bookends 1.37. The bookends were Big and Brother.

This tanka is in response to Heeding Haiku With HA: Be Inspired # 4 over at Mindlovemisery’s Menagerie. 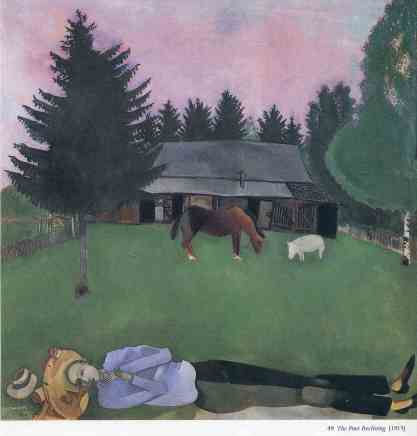 The Poet Reclining by Marc Chagall

My entry for this week’s #threelinethursday. 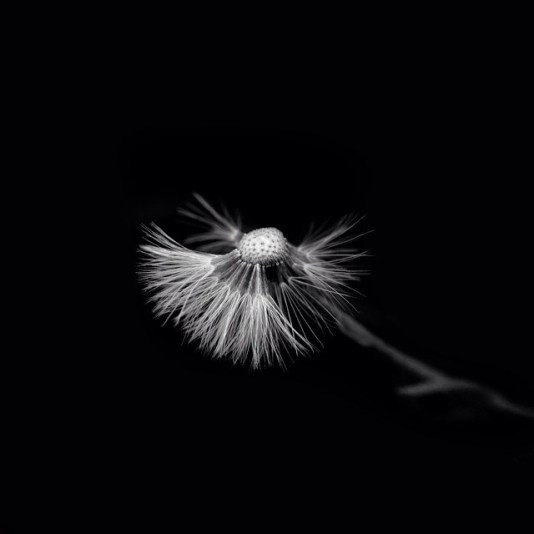 Did you know I now have a Facebook page for this blog? If you want to keep up with me please head over (HERE) and like my page, or click like over on the sidebar.

Life has escaped me. I cry out.
Stretching vacant limbs toward the sky, I plead with Hope.
Please, grant me a child.